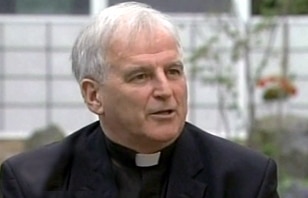 Oblates Are “Mining for the Common Good”

Father Séamus Finn, O.M.I. participated in a Day of Reflection on “Mining for the Common Good” in Rome, Italy where Pope Francis addressed participants at the event on Friday, May 3.  This marks the third time a day of reflection on the role of mining has been convened at the Vatican by the Dicastery for Integral Human Development.  Two events on a similar theme were convened by the Archbishop of Canterbury at Lambeth Palace in 2014 and 2016.

All these events have wrestled with the role of mining throughout history while recognizing both its numerous contributions to human achievement and at the same time its destructive and very negative consequences for certain regions of the planet, and for the peoples and communities who have called some of these areas home for centuries.

Pope Francis highlighted a number of themes and issues that mining raises for faith traditions, governments, the planet, indigenous peoples and civil society.  He also suggested some of the avenues and questions we need to consider in our search for answers.  These are both on the macro scale of reforming the economic system in which extractive companies operate and curtailing the consumerist waste-generating lifestyles that too many of us follow.

In his address, Pope Francis also highlighted the need for multi-stakeholder dialogue that includes all parties, including those very critical of the industry.  He encouraged all participants to enter into these engagements in a spirit of genuine dialogue that seeks to deliver solutions that demonstrate genuine care for “our common home” and ensures that those without access to basic human needs benefit from the resources that mining produces.  He also sees a role for religions in fostering these types of dialogues, by articulating a vision that connects people, planet and the transcendent.