“Start children off on the way they should go, and even when they are old they will not turn from it.” Proverbs 22:6

I thought about the above Scripture verse recently after a conversation with Bp. Michael Pfeifer, O.M.I. Bishop Mike was telling me about his father, Frank, and how he truly started his children off on the right path.

Frank Pfeifer was born in Iowa in 1895. He dropped out of school after the seventh grade and worked full time on his family’s farm in North Dakota. Eventually the family purchased land north of Alamo, Texas in the Rio Grande Valley. 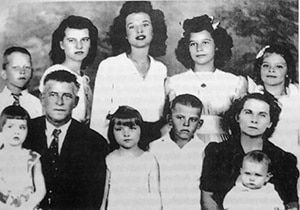 The Missionary Oblates were ministering in the Rio Grande Valley and the Pfeifers soon connected with the missionaries. The Oblates staffed St. Joseph Parish in Alamo, one of the early Oblate ministries in the United States.

In the early 1920s, Frank and his brother Steven helped the Oblates build a new St. Joseph Church in Alamo. Frank would bring bricks from some 18 miles away in a horse-drawn wagon to the building site.

When Frank married his wife Alice, they were the first couple married at the new Oblate church. The Pfeifer children were baptized by the Oblates and Bp Mike, along with his older brother Ted, were Altar Servers at St. Joseph. 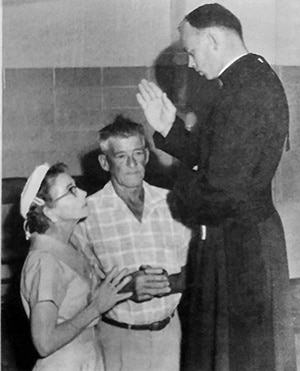 Frank Pfeifer encouraged his children to consider religious life. Ted and Mike both became Oblate priests , and they carried their father’s love of family and faith to a diversity of ministries.

Father Ted Pfeifer, O.M.I. was a legendary missionary in Mexico. For 44 years he ministered in some of the poorest and remote mountain villages. He fulfilled all the spiritual needs of the people and much more. At times he was a mechanic, carpenter, doctor who delivered babies and a dentist who pulled thousands of teeth.

Bishop Mike’s Oblate journey also included 16 years as a missionary in Mexico. Then in 1981 he was appointed Provincial of the Oblates’ U.S. Southern Province. In dialogue with the Superior General, BP. Mike traveled to Africa and opened a new mission in Zambia which is thriving today with many Oblates.

On Father’s Day, Bp. Mike will take some time to remember his father in prayer. And he wants to do the same for your father and any other special fathers in your life.  All you have to do is list these fathers in the prayer intentions link and I will send them to Bp. Mike.

In addition to having Bp. Mike pray for your special fathers, the Oblates will also honor these exceptional men when you follow these simple steps.

Send your prayer petitions, not only will Bp. Mike pray for your special fathers, but their names will also be placed in the Father’s Prayer Capsule at the Shrine where they will be prayed for an entire year.

Have a Father’s Day Votive Candle lit in honor of a special father at the Shrine. 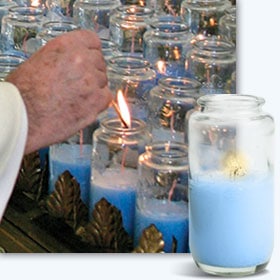 National Shrine of Our Lady of the Snows

Give a special father a Father’s Day Devotional Gift.
Our supply of devotional items is limited so reply soon while supplies last. 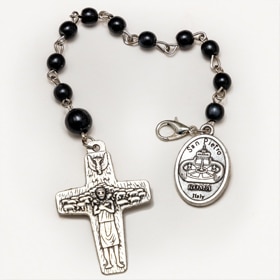 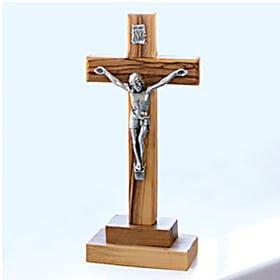 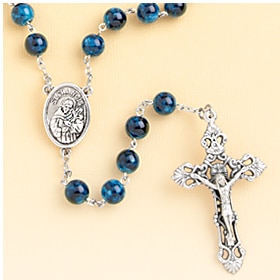 Make a donation in support of the Missionary Oblates who bring the love of Our Father to poor and needy people every day in more than 60 countries.

Bishop Mike and I look forward to honoring your special fathers for guiding their children on the right path. We are praying for all our dear fathers, and asking that our current fathers imitate the faithful and dedicated foster father of Jesus, St. Joseph.

Thank you for your support.

You will receive an e-mail confirmation of your gift shortly.